I worked with the company Benten Technologies in assisting them in bringing their idea into reality. Benten Technologies is a social impact group helping stigmatized groups in the medical field. I created the aesthetically pleasing and user-friendly mobile applications. I used modern mobile applications trends and designed with accessibility and usability in mind. Creating research documentation, personas, sitemap, sketches, wireframes, brand/design system mockups, and a prototype grounded in user-centered design principles

SAFE4BOTH is an application for mothers/birthing parents who have developed an opioid use disorder. SAFE4BOTH has two versions, one for the mother and the other for health officials. To empower the mothers to learn and grow the app supplies them with educational videos and resources that allow the mother to gain points. These points can be exchanged for rewards for the mother and their baby(s). SAFE4BOTH helps keep track of the mother's medication accompanying other health meetings or needs. In addition to supplying mothers with a way to stay in contact with their support group.

The research for this project was obtained from previous user interviews and user tests conducted by the Benten Technologies group. Examining the user interviews in addition to reviewing other case studies on mothers with an opioid use disorder provided an insight into the target audience. Reviewing the user testing from previous versions of SAFE4BOTH brought up functionality problems along with designs issues. In addition to recommendations from the target audience. As this information is sensitive to the user's the data collected will not be shared.

After I analyzed the key findings from the research and understand more about the users base and their needs, I created a set of personas.

✨ Between their early 20s to mid-30s typically

✨ Has a limited support group or a single parent 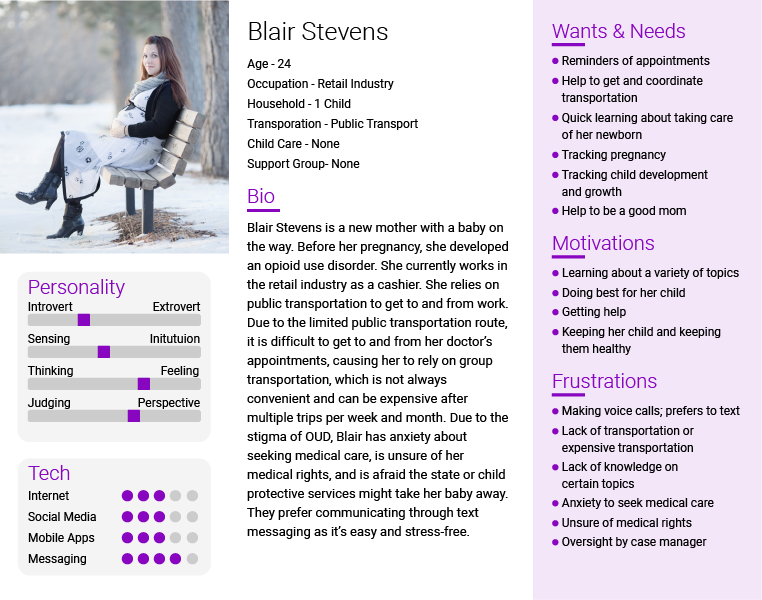 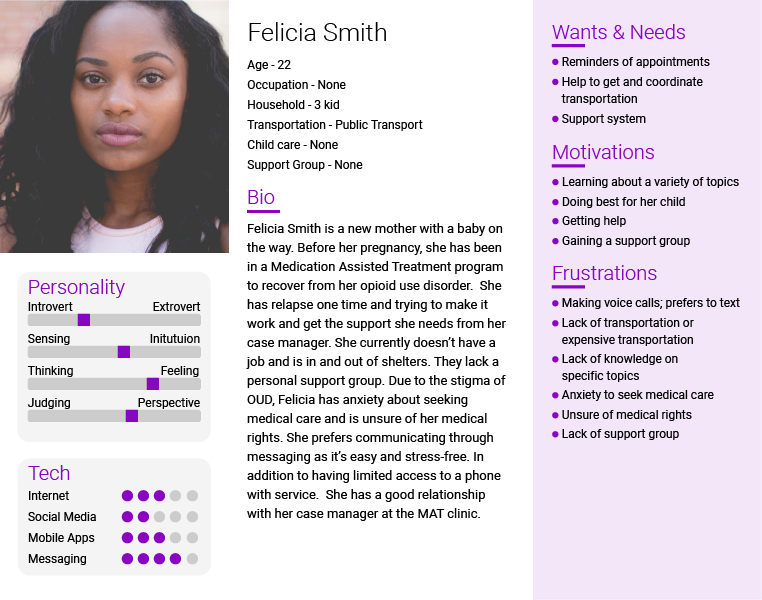 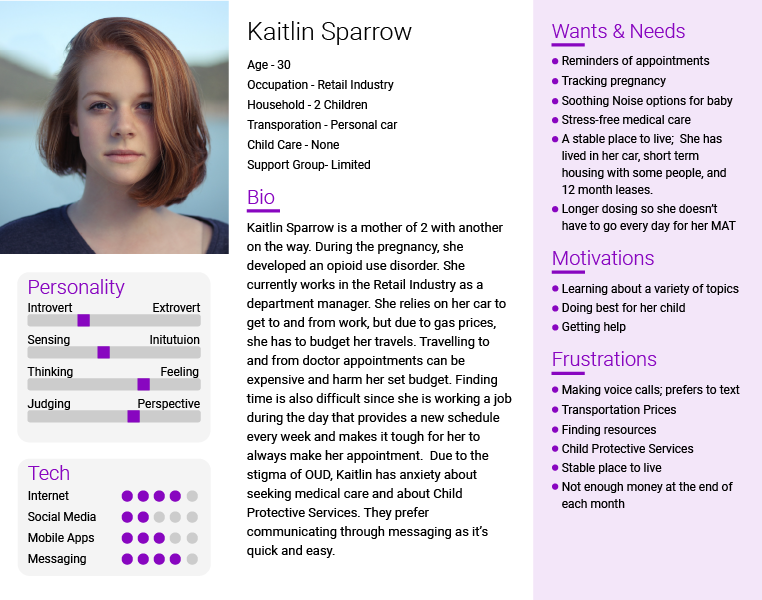 The home page acts as a dashboard for the mothers/birthing parents, holding valuable information they would view daily. The Education page had two versions sketched to test out the different layouts of having or not having an intro text at the top of the page. In addition to a variety of card elements and popups were sketched to evaluate the different layouts. 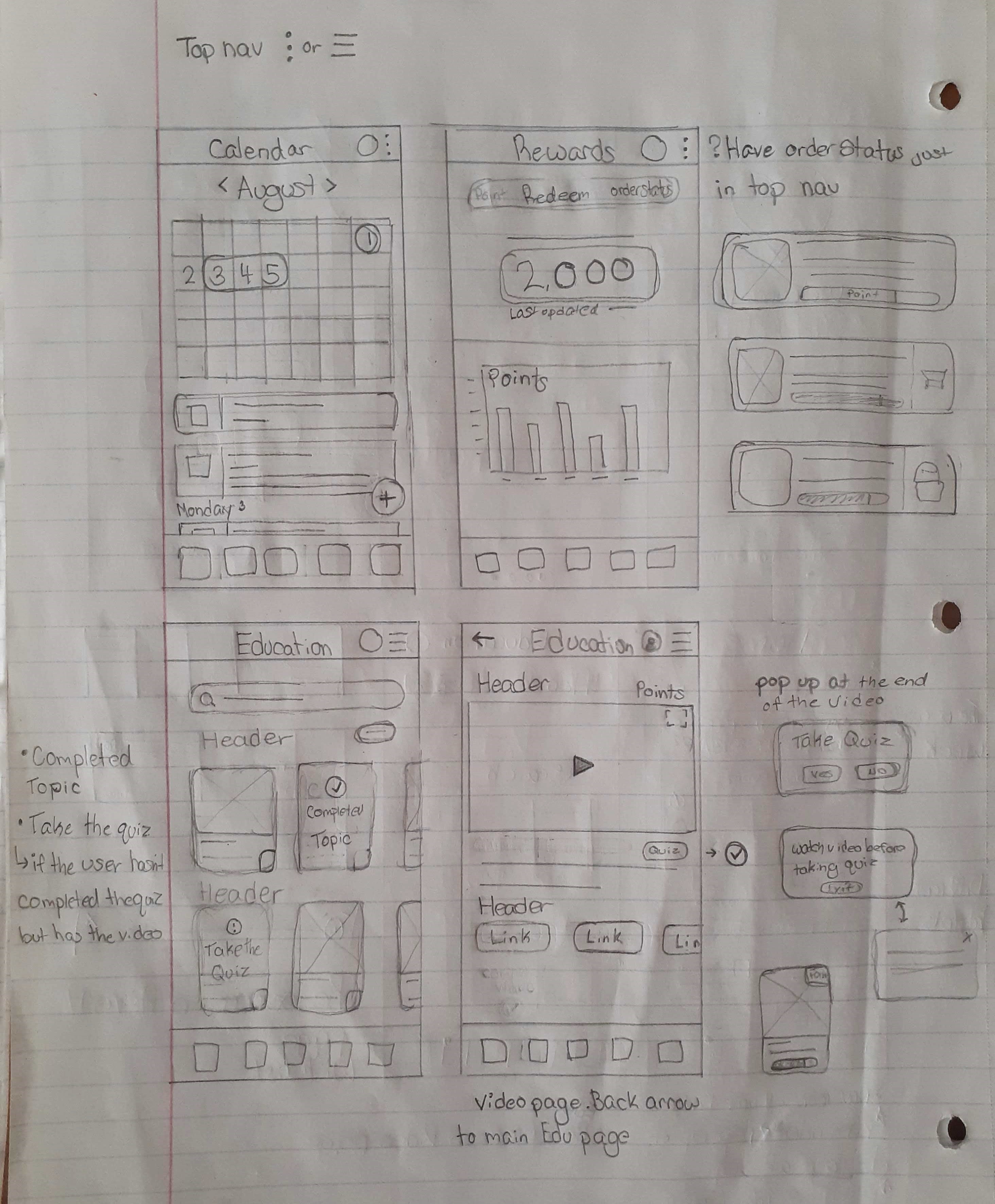 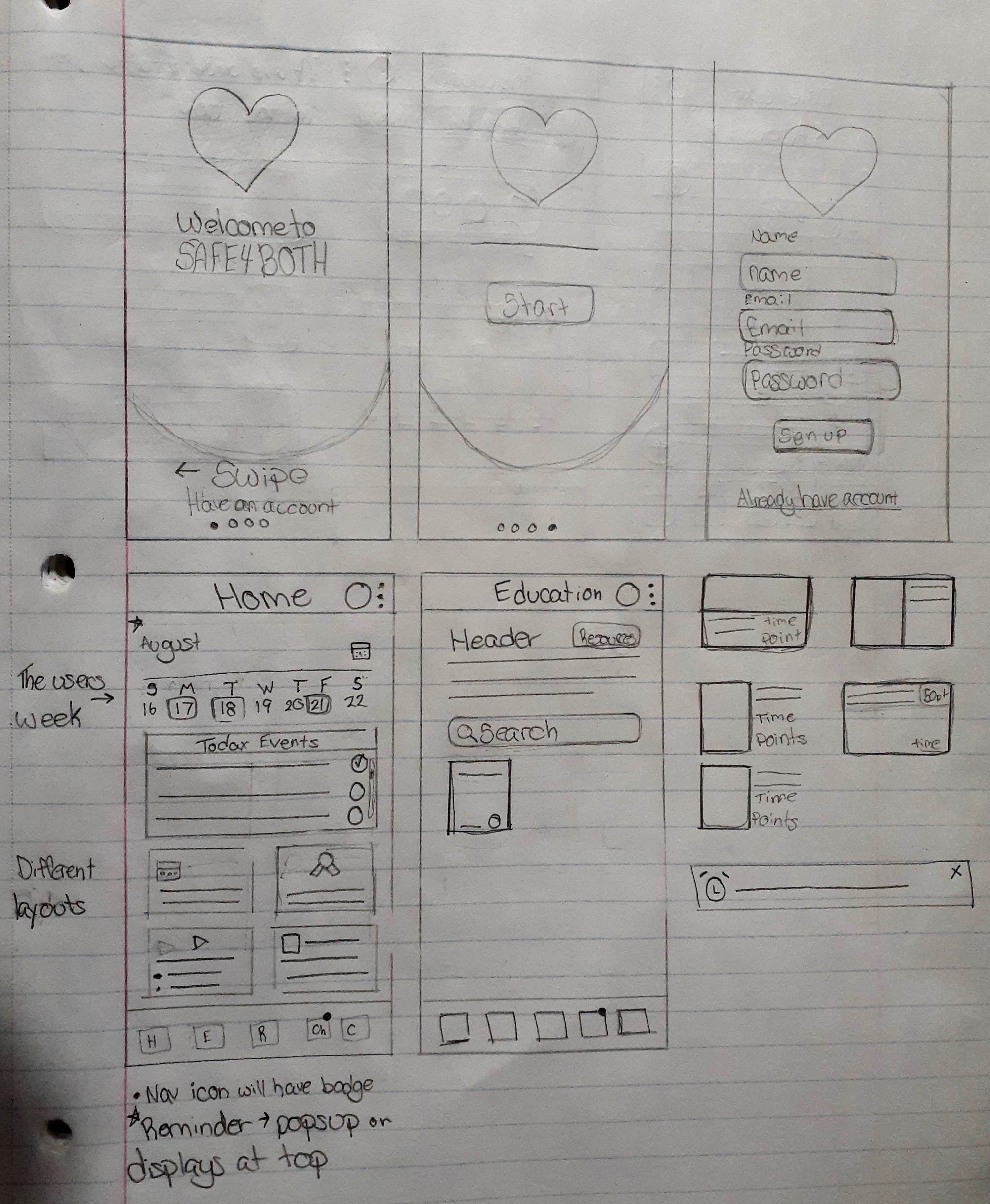 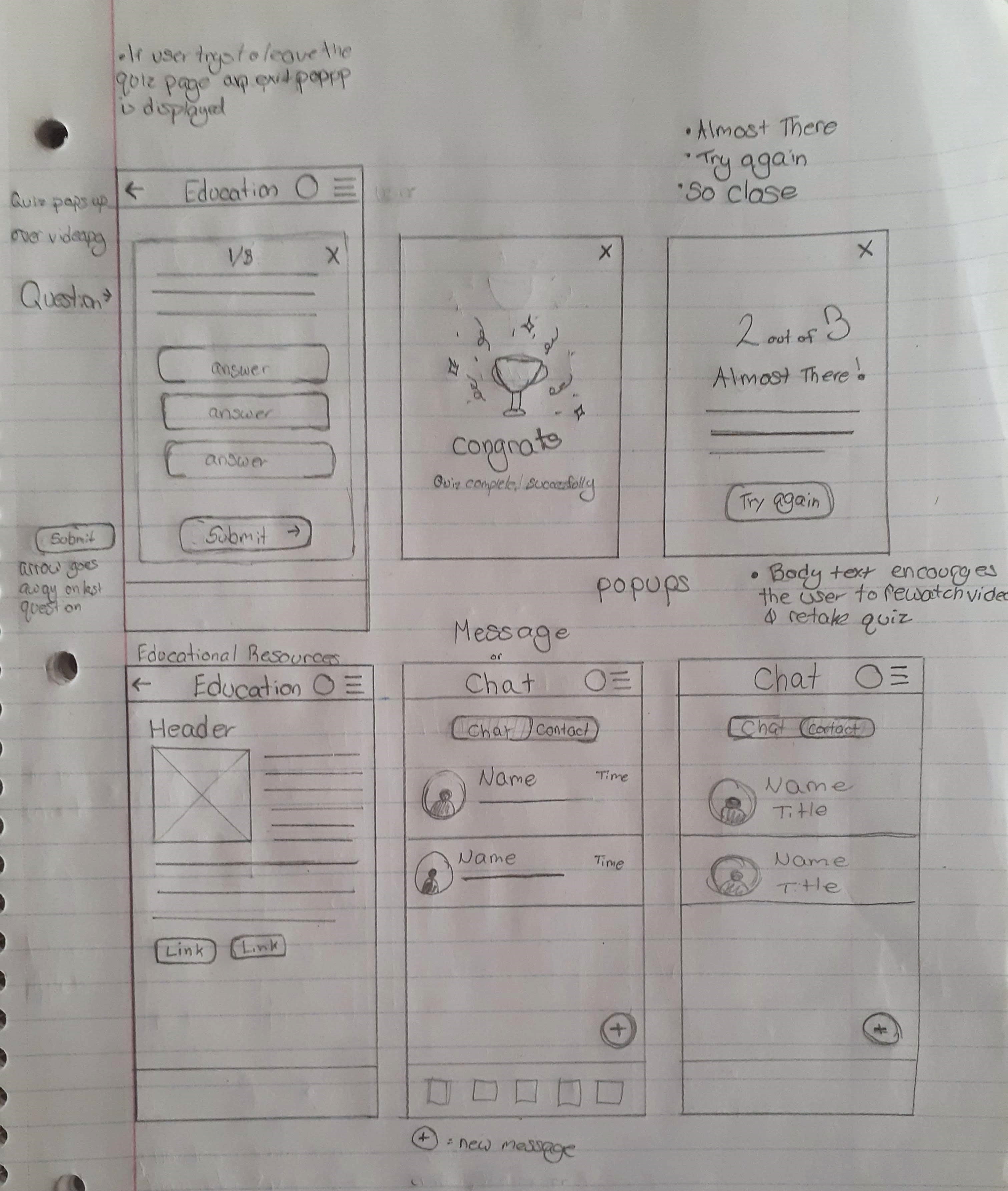 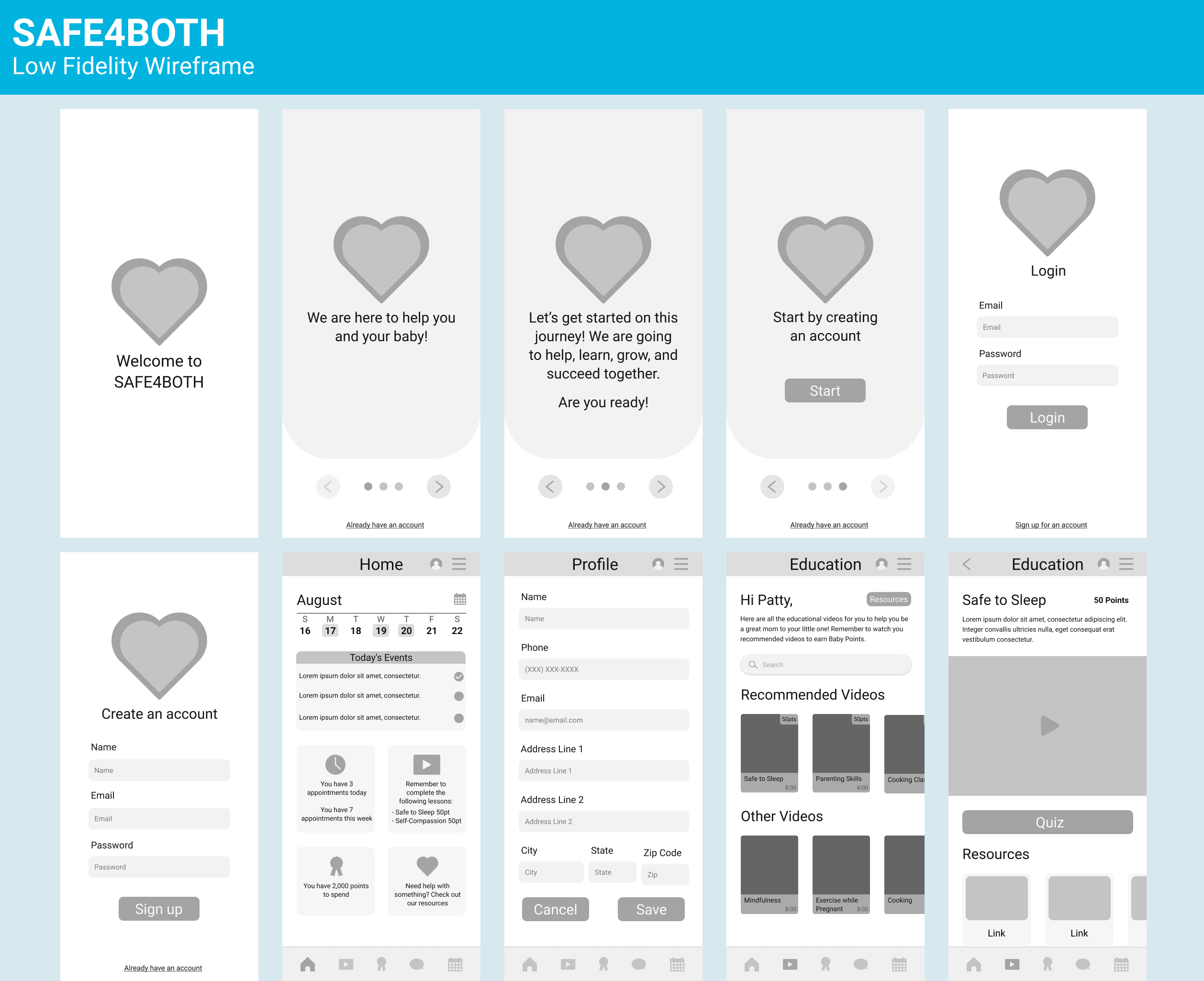 A style guide was created to keep the design consistent throughout SAFE4BOTH. Certain UI elements were taken from version 0.9 while others were altered to fit the updated UI element trends. The color palette was taken from version 0.9 and altered to warm up and brighten the colors. The icons and logo were customs made to fit the style of the application and to represent the target audience. 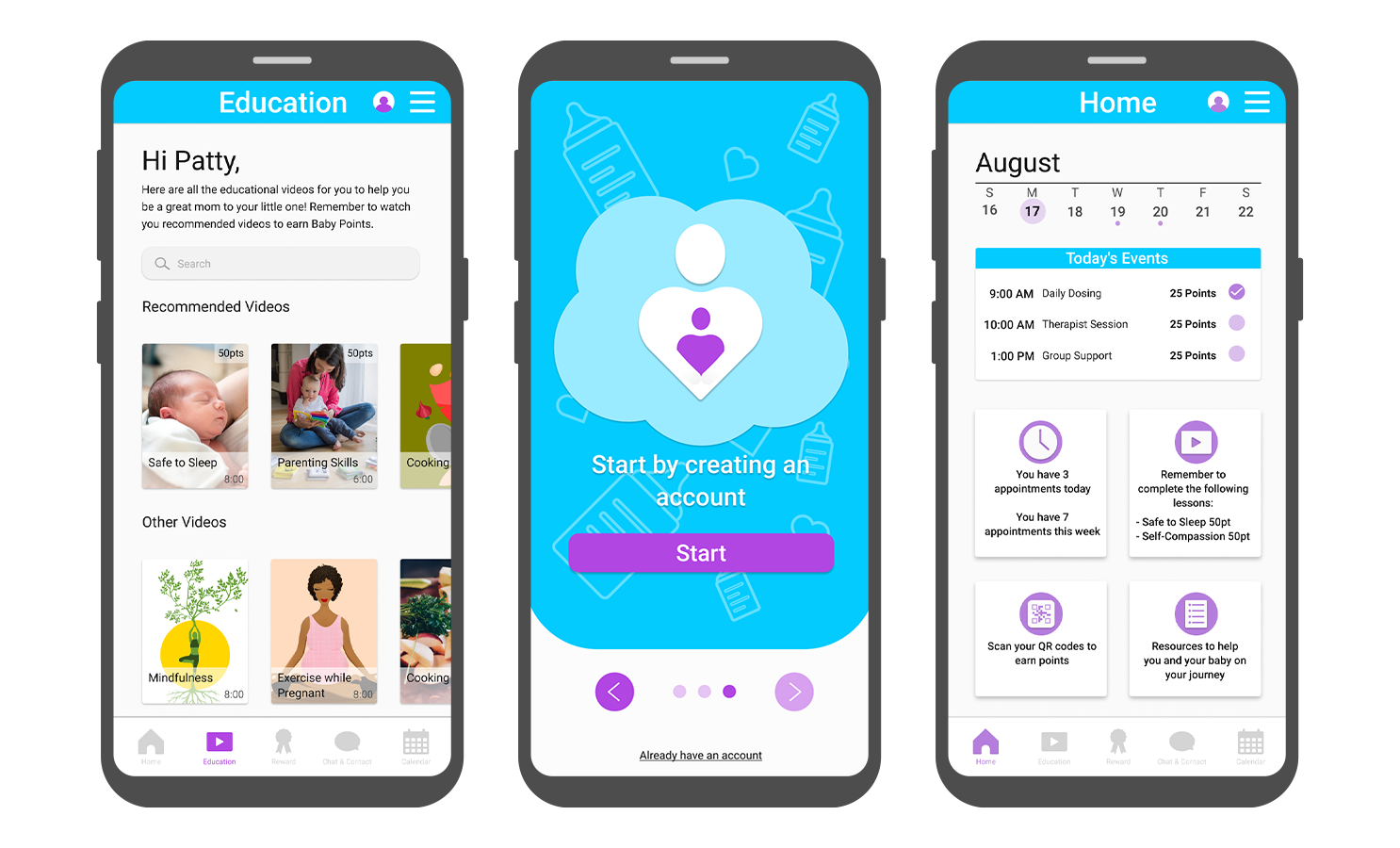 Usability testing was conducted using the high fidelity mockups in Invision. Participants were asked to complete a set of tasks relating to key features within the application. Along with being asked questions relating to the functionality and design appeal of the application.

Participants found the colors of the app to be stereotypical. Stating “Definitely reads for a baby but maybe not 2020 baby/parenting.”. A previous hypothesis on the color palette shared these thoughts persuading the change of the palette. Keeping the vivid sky blue to represent the stability, trust, and loyalty the target audience is looking for. While adding the medium purple that associates with wisdom and independence something that the target audience would be gaining from using SAFE4BOTH.

Participants disliked the QR code button placement in the top header, changing it to replaced the Rewards card on the Home page. Suggestions were made to add it to the bottom navigation, due to best practice, this would overcrowd the navigation having more than 5 links. Participants were asked to look at the Home page they noted that they were confused by the Resources, the heart icon, and by preconceived notions of what this card could entail. The participant's preconceived notion of the Resource card was that it was a helpful resource for the app itself.

Taking into consideration the feedback gained from these testing some alterations were made. 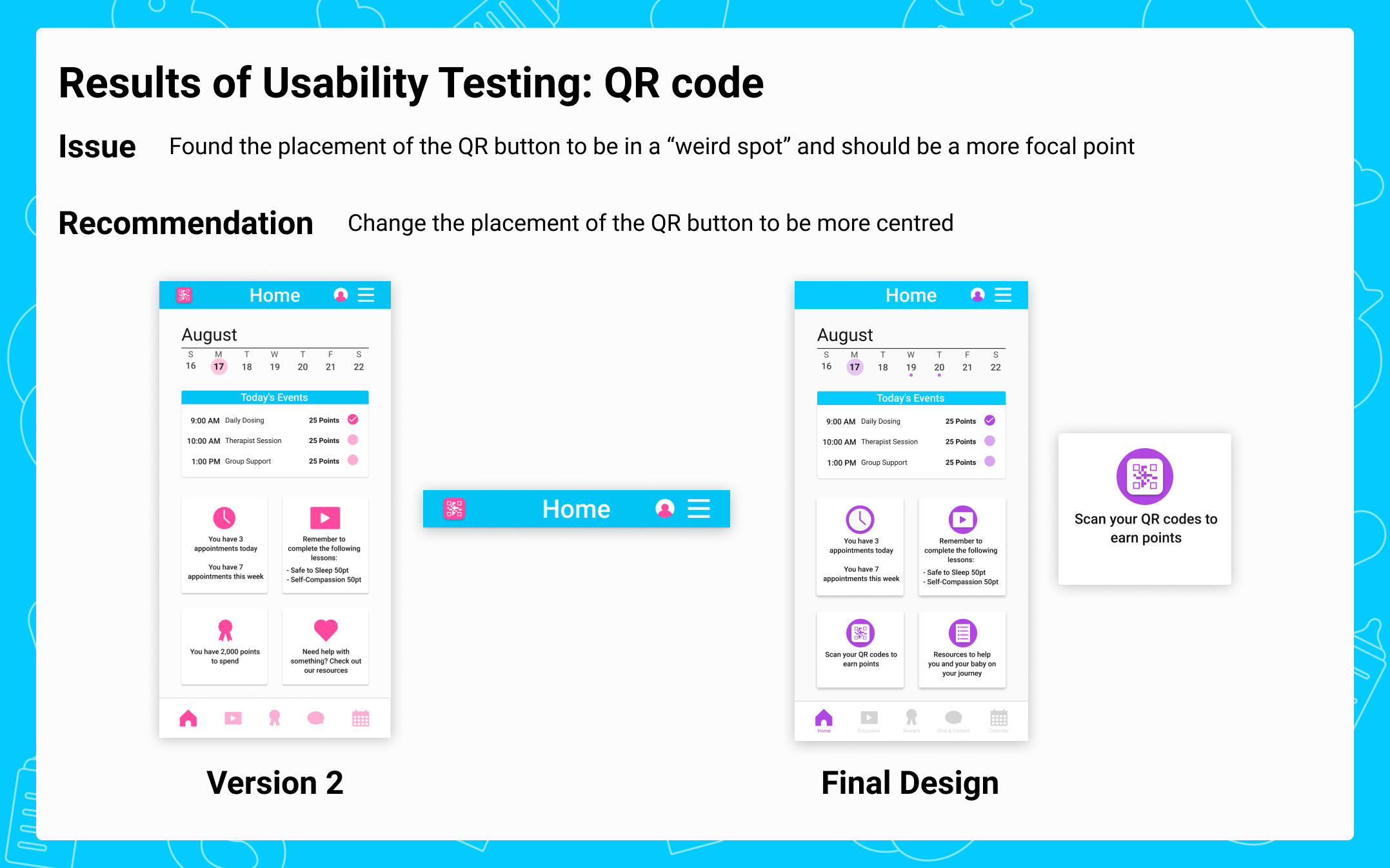 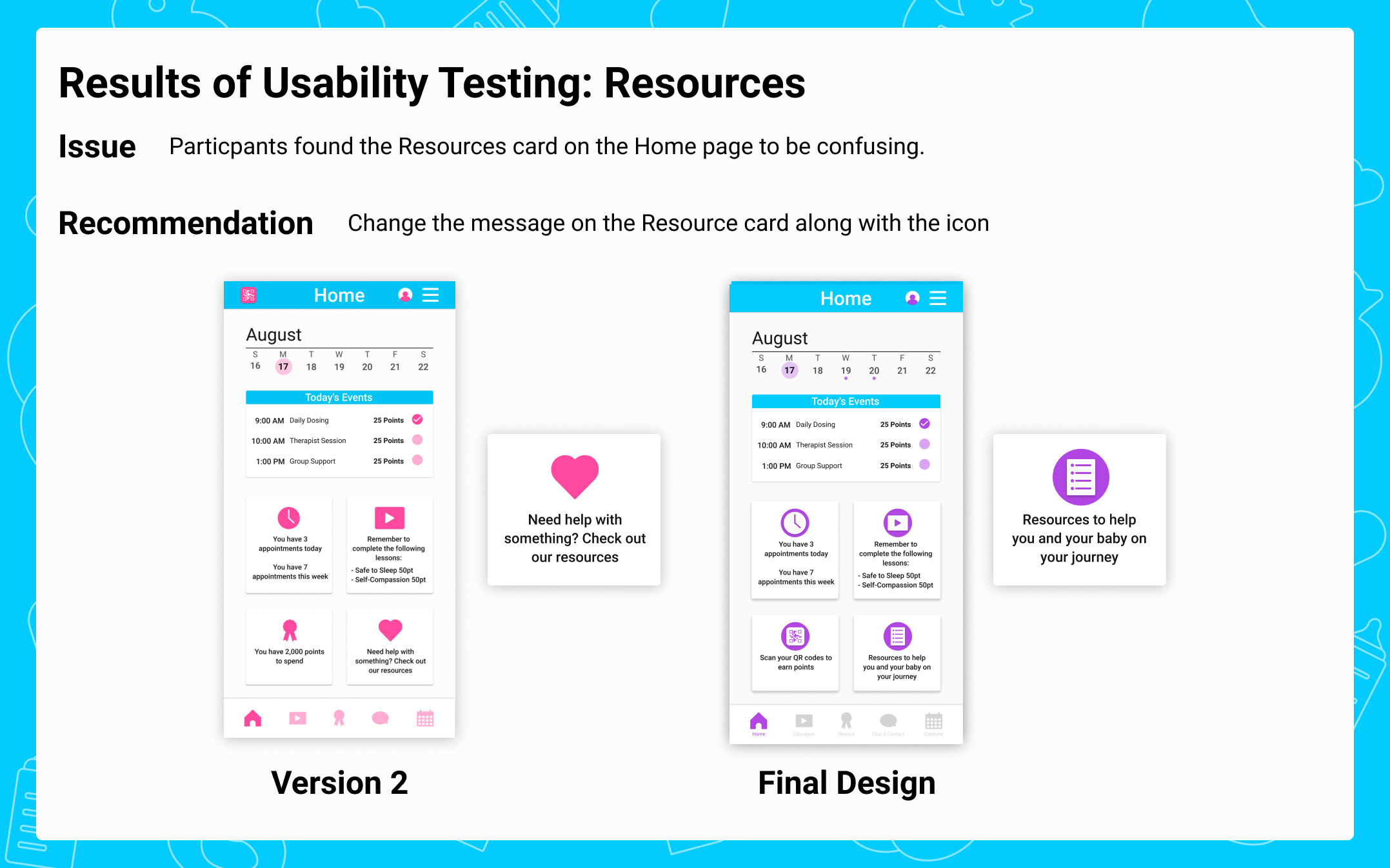 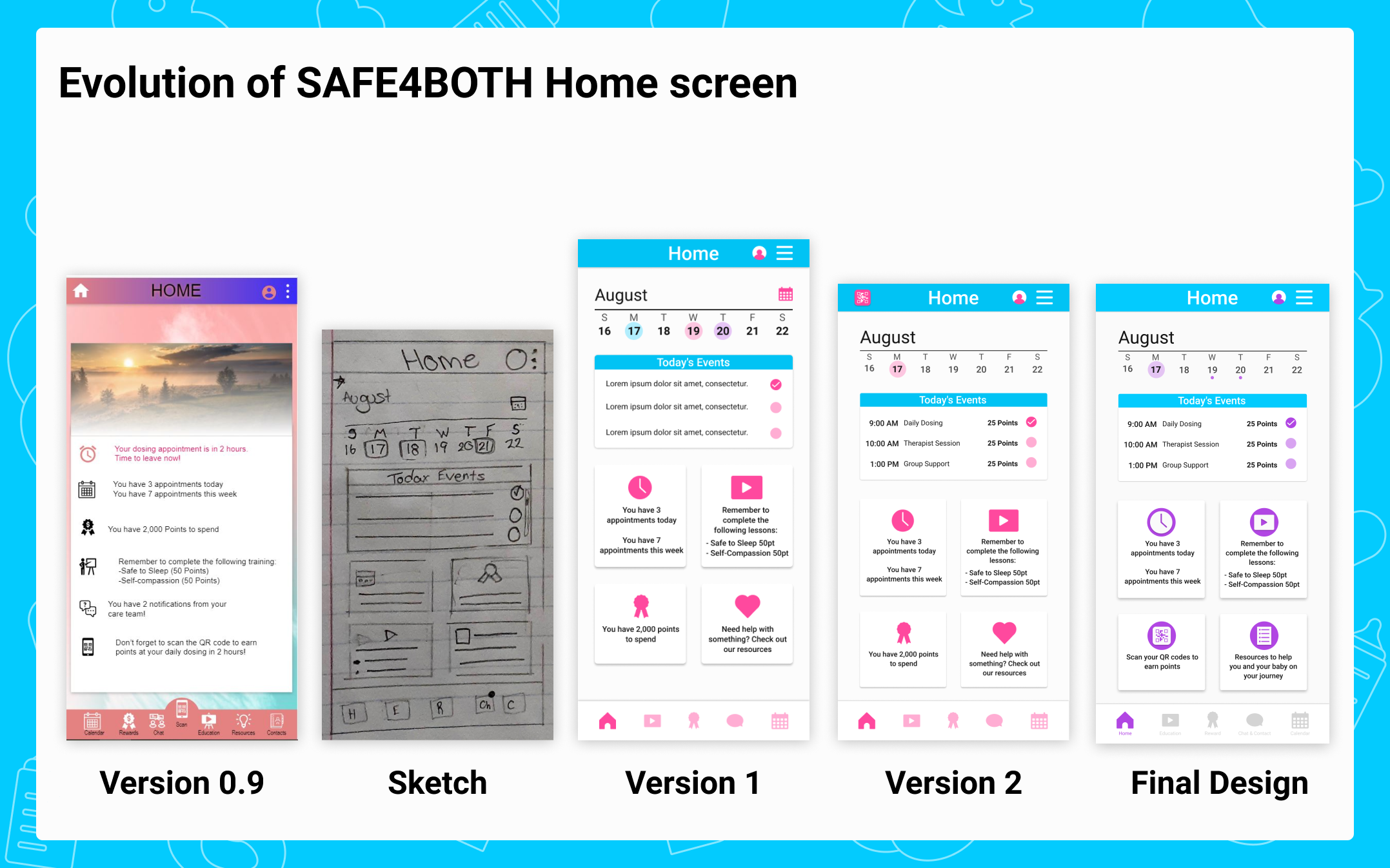